Salman Khan in India needs no introduction and maybe outside India too, to those who follow news from Bollywood (the name given to the Hindi film industry in Bombay) his is a familiar name.

A screen idol and box office darling ever since he hit the scene maybe 18 years ago , today he is the king of the box office with his latest film Dabangg ( The Fearless One) having broken all records!! 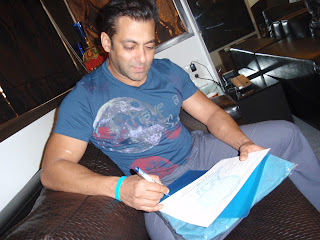 Humble, simple, dedicated to his family and his team both in the studio and in his household, Salman has been a dear friend to me for more than fifteen years. What brought him into my orbit was his urge to be of service to the cause of cancer and this eventually culminated in his setting up a Foundation called Being Human. Being Human reaches out to people in need of care when faced with a diagnosis of a life threatening or debilitating disease. It is my honour to be a Trustee of this foundation.

One phone call and Salman is ready to talk to a patient who is scared of going in for the next chemo session or visit the ward in the hospital to spread cheer and good will. I am always welcome to bring patients and friends to meet with him while shooting or to a special screening and he is as generous as he is with his time and heart as he is with his funds. 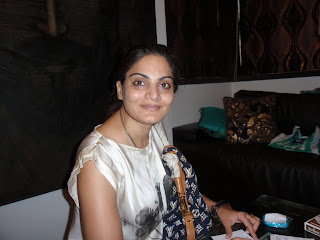 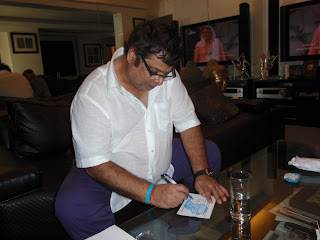 When I asked him if I could come over and ask him to lend his name and support to our Maximize Life campaign he was like “Anything for you Viji ji!!” So I went over to his place one afternoon last week since he is recovering from an eye injury and did not want to risk infection ( “not good for your patients” ) and there his sister Alvira and his friend and well known film director David Dhavan too were only too happy to join in !! 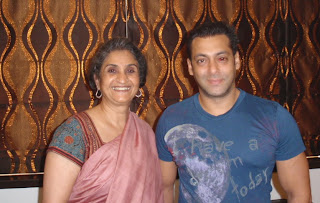 He asked me what was the main stumbling block we faced when dealing with cancer and I had to tell him it was the stigma and how fear of ostrazisation , especially at the work place was common . While signing his message he thought hard and wrote “ Any one who throws a cancer patient out of his job will be thrown out of this world by the Lord above !!” That’s how passionate he feels about it.

Alvira wrote about how true generosity is generosity of spirit while David ji prayed for a cure for cancer.

The minute he signed , he took a picture of the tribute card and tweeted it to more than 2 lakhs of his followers !!!!

There are no upcoming events at this time.

FOM Patient Advocate of the Month